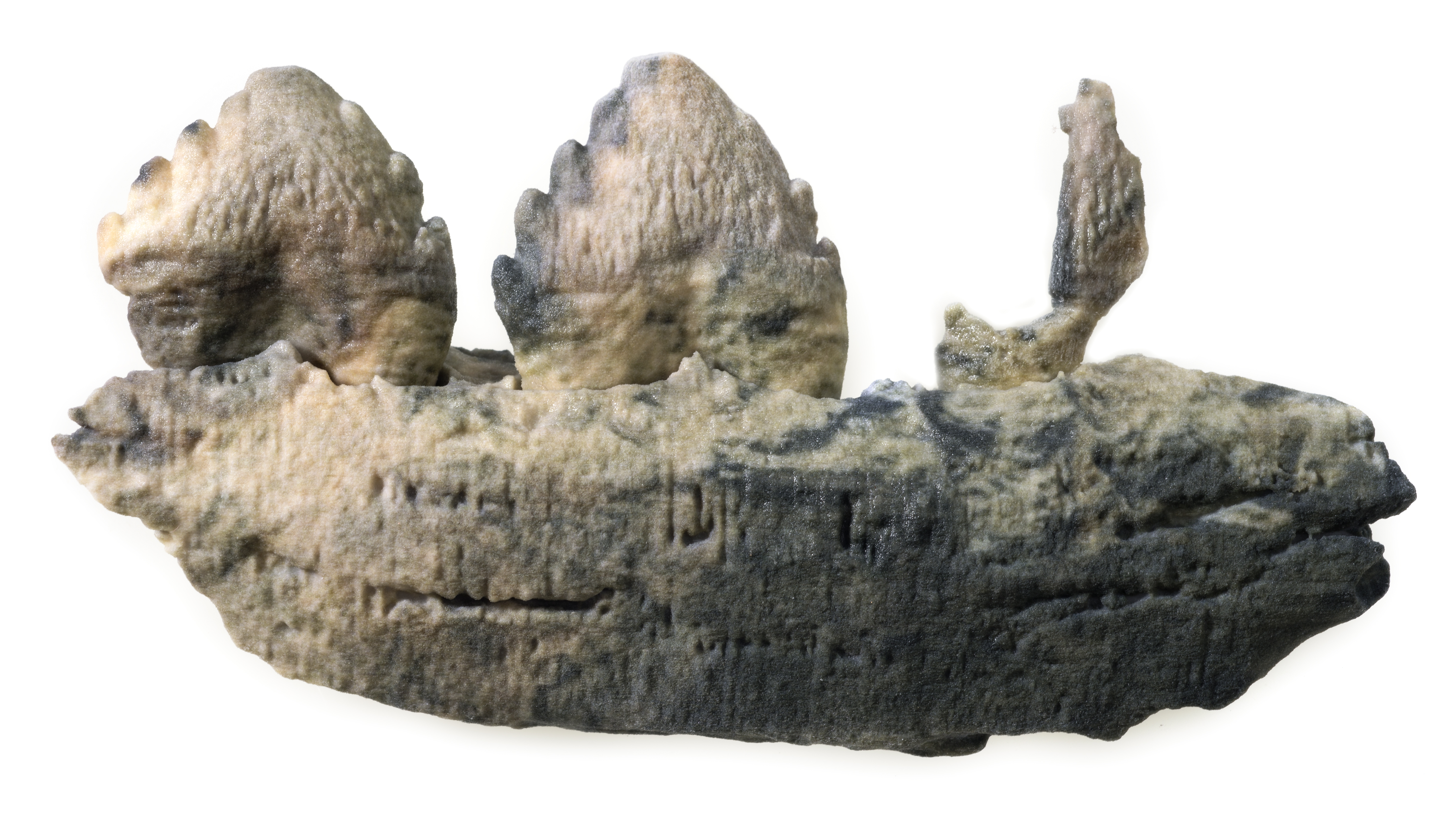 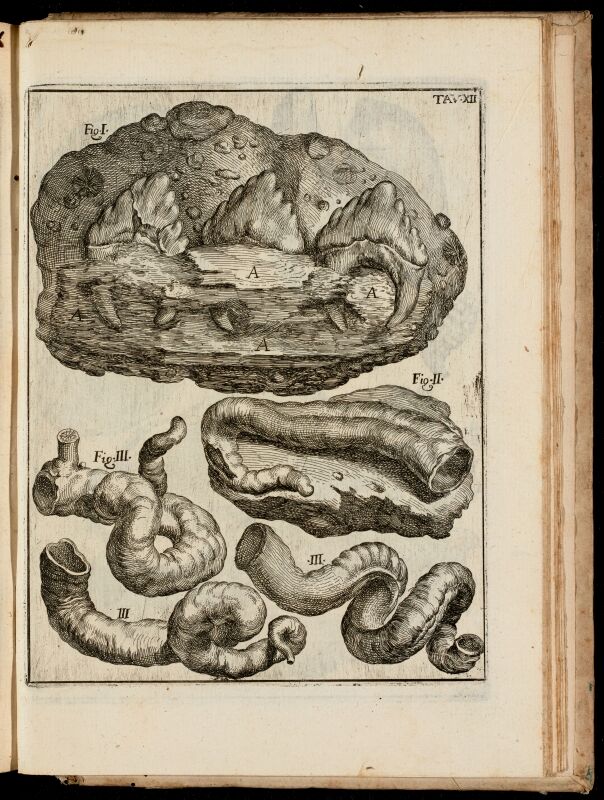 The dolphin jaw was illustrated in Scilla's 1670 book 'La vana speculazione disingannata dal senso' (Vain  Speculation Undeceived by Sense ) which is one of the earliest books to be written on the subject of fossils that gives modern arguments for their organic origin (i.e. were once living things). 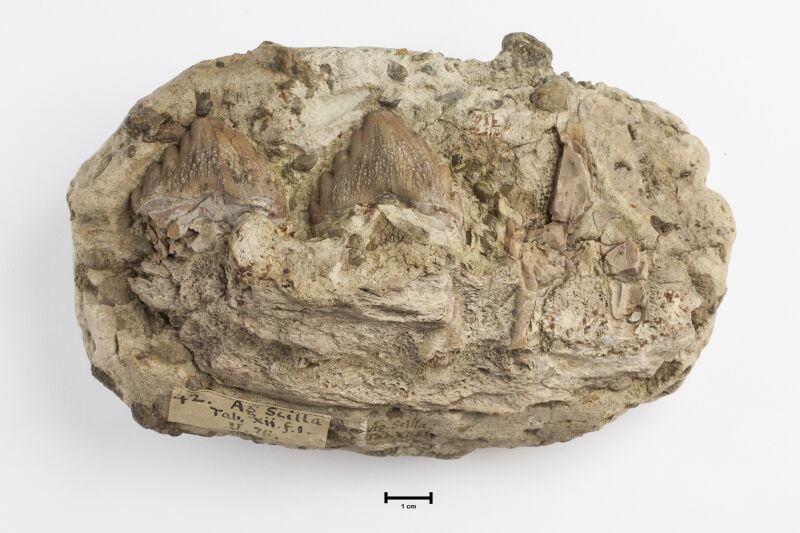 It is a partial jaw of Squalodon melitensis  an extinct  'shark-toothed dolphin' from the Miocene of Malta (see http://www.otago.ac.nz/geology/research/paleontology/squalodontidae.html).

'For your satisfaction, here is a very accurate drawing of a white stone sent to me from Malta, containing part of a jawbone with three embedded teeth.  It is composed of small stones, sea-shells, and a few of the round teeth popularly called snakes’ eyes. The best evidence on my side is the fact that it contains no fewer than three similar teeth with their roots firmly fixed in a jawbone (A). Although the jawbone is petrified, the broken end reveals a spongy marrow, unlike the outer surface which is of more firm and solid bone. This is a splendid sight, because it confutes those who refuse to believe their own eyes when confronted with opposing evidence. This stone is certainly a petrified part of some animal, as anyone in his right mind will agree.'

We don't know much about Scilla's conifer cone other than it comes from Calabria in Italy. 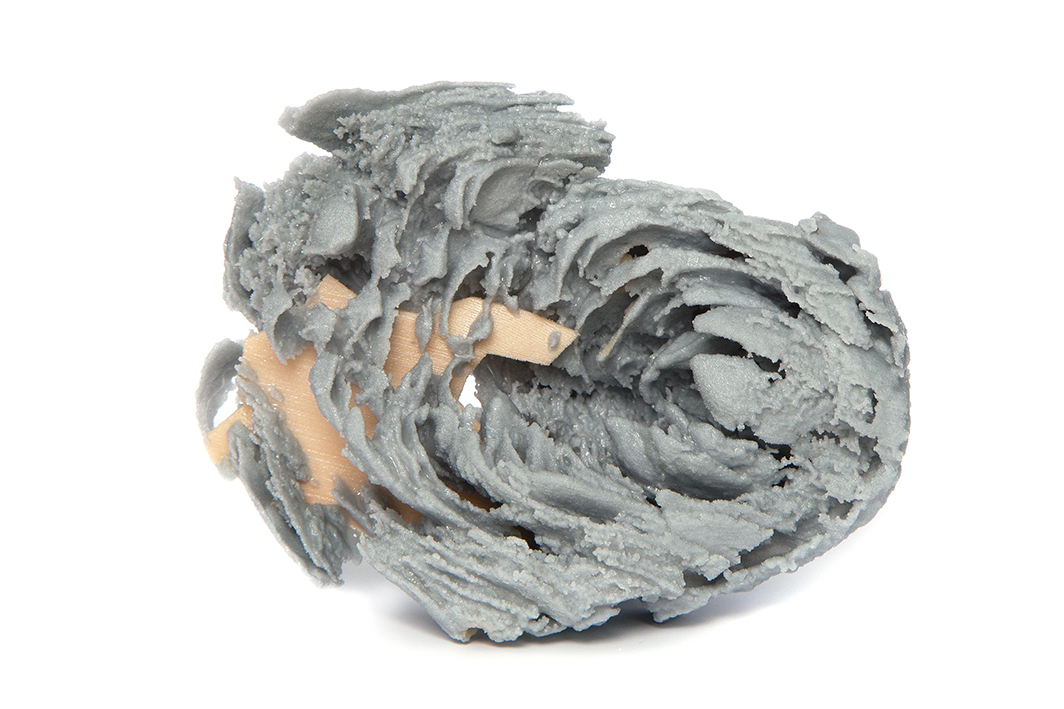 These specimens were CT-scanned as part of the Sedgwick Museum's Arts Council England Designation Development Fund project to make a 'virtual Scilla collection' that will be publicly available in the Spring. 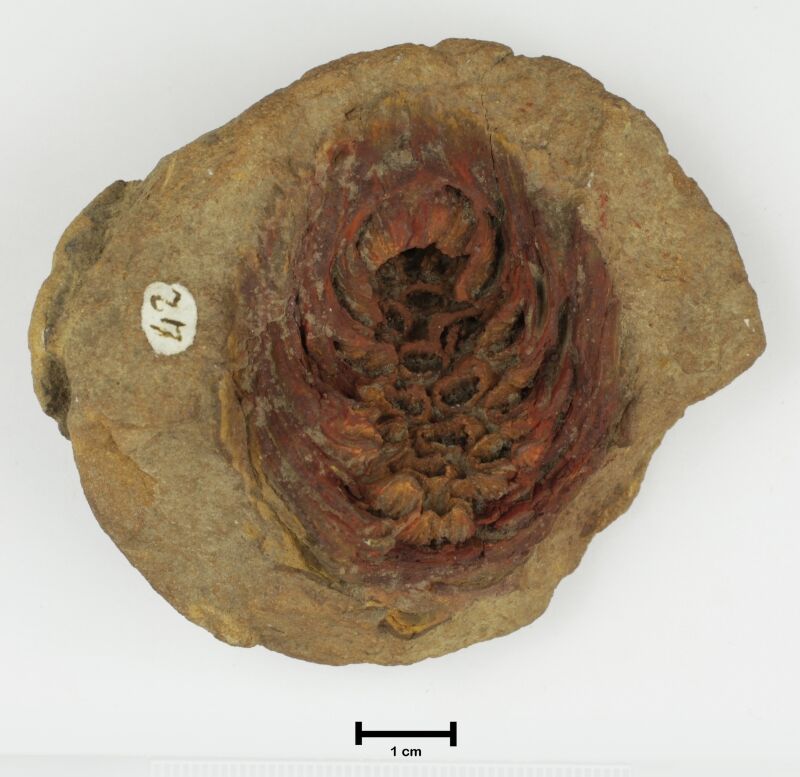 3d Printing Technician, Geoff Oliver, photographed the jawbone fossil and rendered the photograph onto the surface of the CT-scanned specimen before it was printed. The conifer cone was a much more delicate specimen. The 3d model lacked the support of the original, having been separated from the rock in which it was embedded. Geoff had to create some thin support structures, rather like a miniature scaffold, to hold the 3d print together.

With thanks to the Sedgewick Museum for descriptions and illustrations of the specimens.