CUH today launched a children's jungle trail, following a wheelchair-accessible route that takes in some of the green open spaces around the hospitals. Starting in the Diamond Jubilee Garden, the trail makes its way via the Rosie Garden to the Sensory Garden. The project emerged from an original idea by Senior Specialist Speech and Language Therapist, Sophie Phillips, and involved collaboration with the Estates Department and Media Studio.

​Maisie Goodie with ACT CEO, Shelley Phake, at the start of the trail.

Media Studio created jungle animal characters, a booklet and posters, as well as 3D-printed animal footprints mounted on posts around the trail. Intrepid jungle explorers armed with crayons can take rubbings from the footprints and answer questions in the accompanying booklet. After completing the trail they can collect a certificate from their Play Specialist or Receptionist. 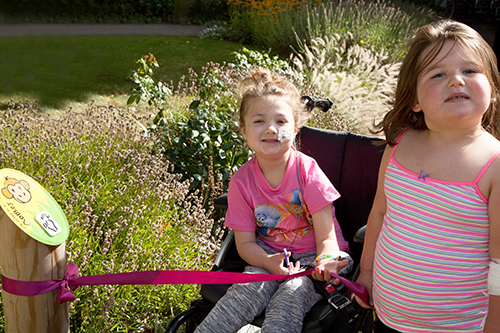 Jungle explorers Maisie Goody and Ruby-Leigh Green had the honour of cutting the ribbon to launch the trail.

The project was generously sponsored by Addenbrooke's Charitable Trust and the Adam Rogers Trust. 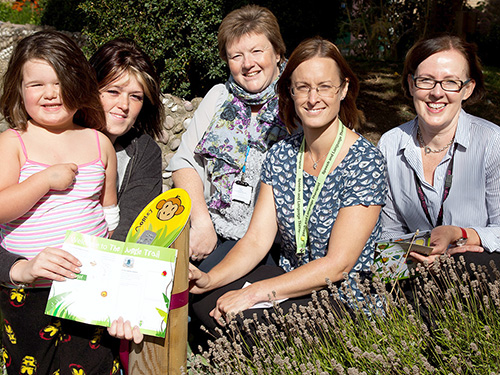