Media Studio travelled to Salford last week to provide live surgical video for a workshop on complex abdominal wall surgery. Workshop participants watched high-quality video images of the intricate, four-hour procedure on a large monitor, while being able to ask questions of the surgical team, led by Mr Dominic Slade.

Steffan setting up the Polecam

The Workshop was organised by W.L. Gore and Associates, who make specialised surgical meshes for this type of surgery.

This was extremely challenging filming, having to find viewing angles around three surgeons' heads and six hands, often working in deep, difficult-to-light cavities. The only thing that made this possible was a Polecam system, which enabled us to get in close and constantly move the camera to film from multiple angles. The Polecam was expertly operated by Steffan Hewitt, Director of Polecam and inventor of the Polecam system. 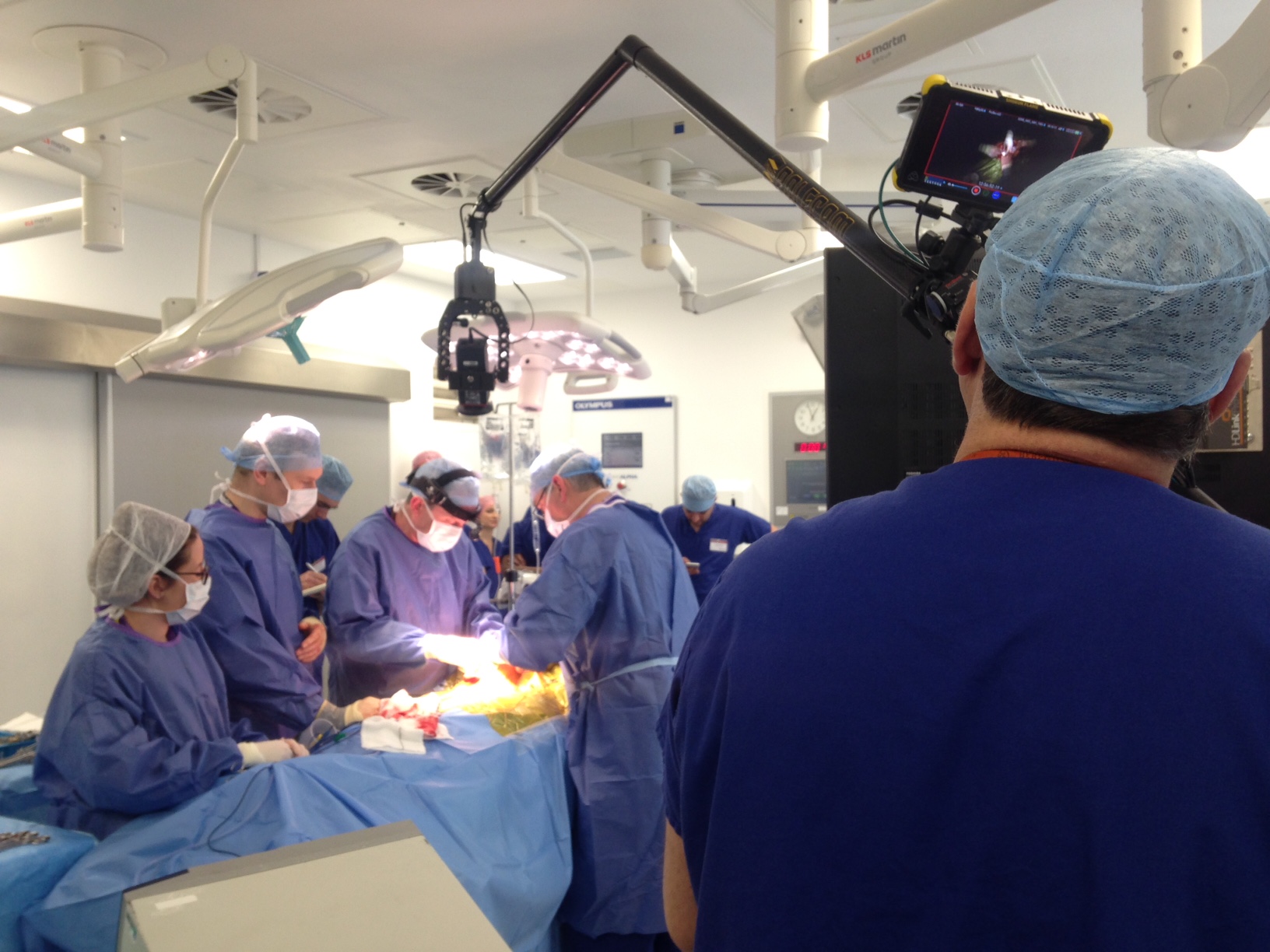 The Polecam can swing the camera into any position, with full remote camera controls and the ability to turn the camera through 360 degrees of rotation.

We are indebted to Emma McGuigan and the Theatre Team at Salford Royal for their kind assistance throughout the day.