Congratulations to Mark Bartley, Clinical Photography Team Leader, whose Slit-lamp photograph of an intraocular lens implant clip has been accepted into the prestigious 2017 Wellcome Image Awards Exhibition The photograph was taken with a slit-lamp camera and this is the second time Mark has had a photograph accepted in the Awards Exhibition. It is also the third year in a row that a photograph by one of Media Studio's Clinical Photographers has been accepted. The Wellcome Image Awards Exhibition opens on the 16th March in twelve different venues across Europe, the USA and Africa. You can vote for Mark's photograph – and the chance of winning a photographic print of one of the winning images – here (the Competition closes 31 August 2017). 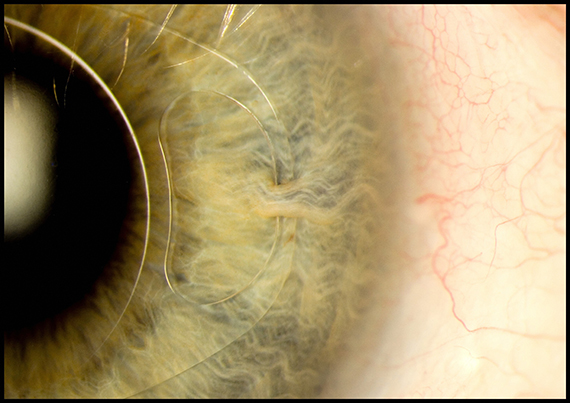 Further details of Mark's photograph can be found here