Last week, in a major initiative by Princess Alexandra Hospital's new CEO, Lance McCarthy, the Harlow-based Trust launched their new strategy for the next five years. Staff were invited to an 'Event in a tent' – a huge marquee set up in the hospital grounds – for a programme of presentations and activities. The event was kicked off by a dynamic presentation by the CEO of his ambitious 'Your future, our hospital' improvement plan. This sets out a programme for addressing the CQC's key lines of enquiry with an aim of raising the Trust's CQC rating. But it goes much further, "working with partners in primary, community and social care to make patients' journeys seamless and their experiences excellent". The longer-term plan for the Trust is to build a new, state-of-the-art hospital to provide fantastic care for the patients of the future.

The 'Your future, our hospital' graphics were designed by Media Studio to introduce the 5P plans.

Media Studio designed the graphics and branding for the launch that will be further developed as the five-year plan progresses. The launch materials included an animated PowerPoint presentation for the CEO, 3,000 copies of a pocket guide for staff and pop-up banners for the 'Event-in-a-tent'. This work is being led by Robbie Ayers, Deputy Director of the Quality First Team, and focuses on five specific areas, known as the 'Five Ps': patients, people, performance, places and pounds. The 5P plans will involve all staff working within their individual teams and departments to inform a Trust-wide plan. 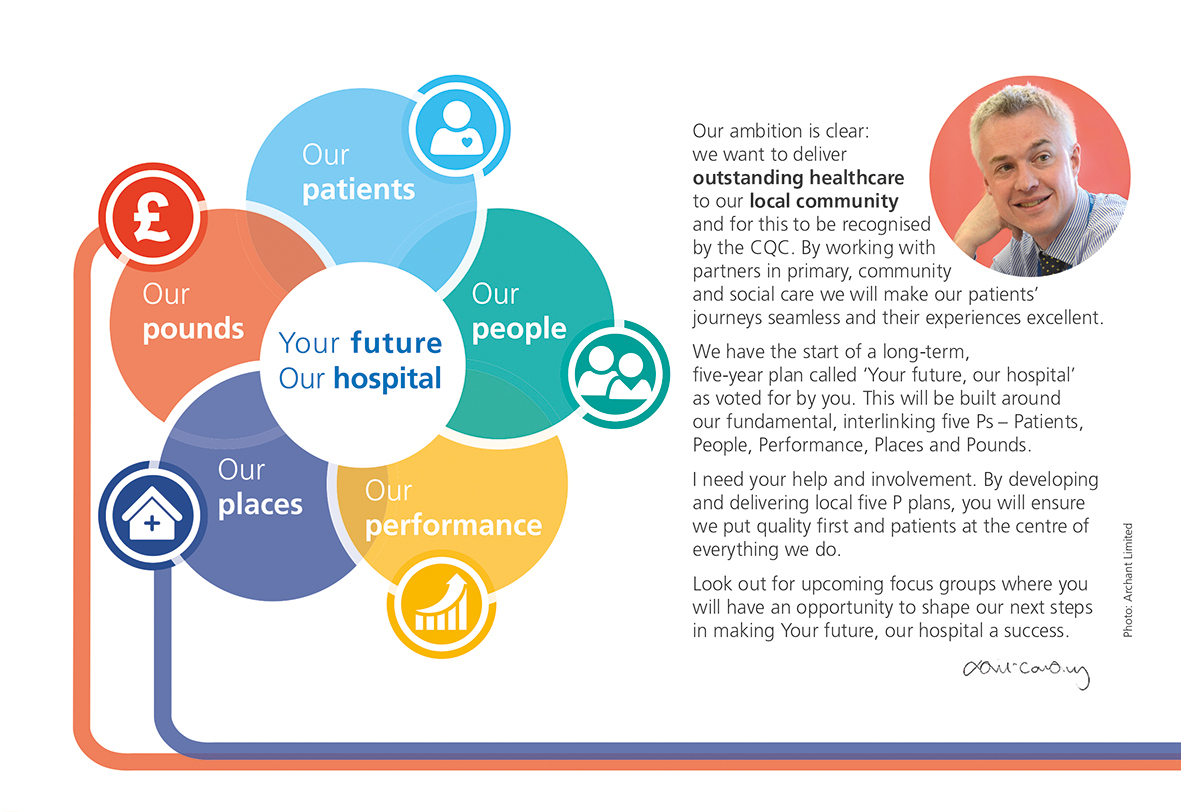 Media Studio developed the 5P graphics for the leaflet, which will be used to communicate with staff, patients, partners and regulators 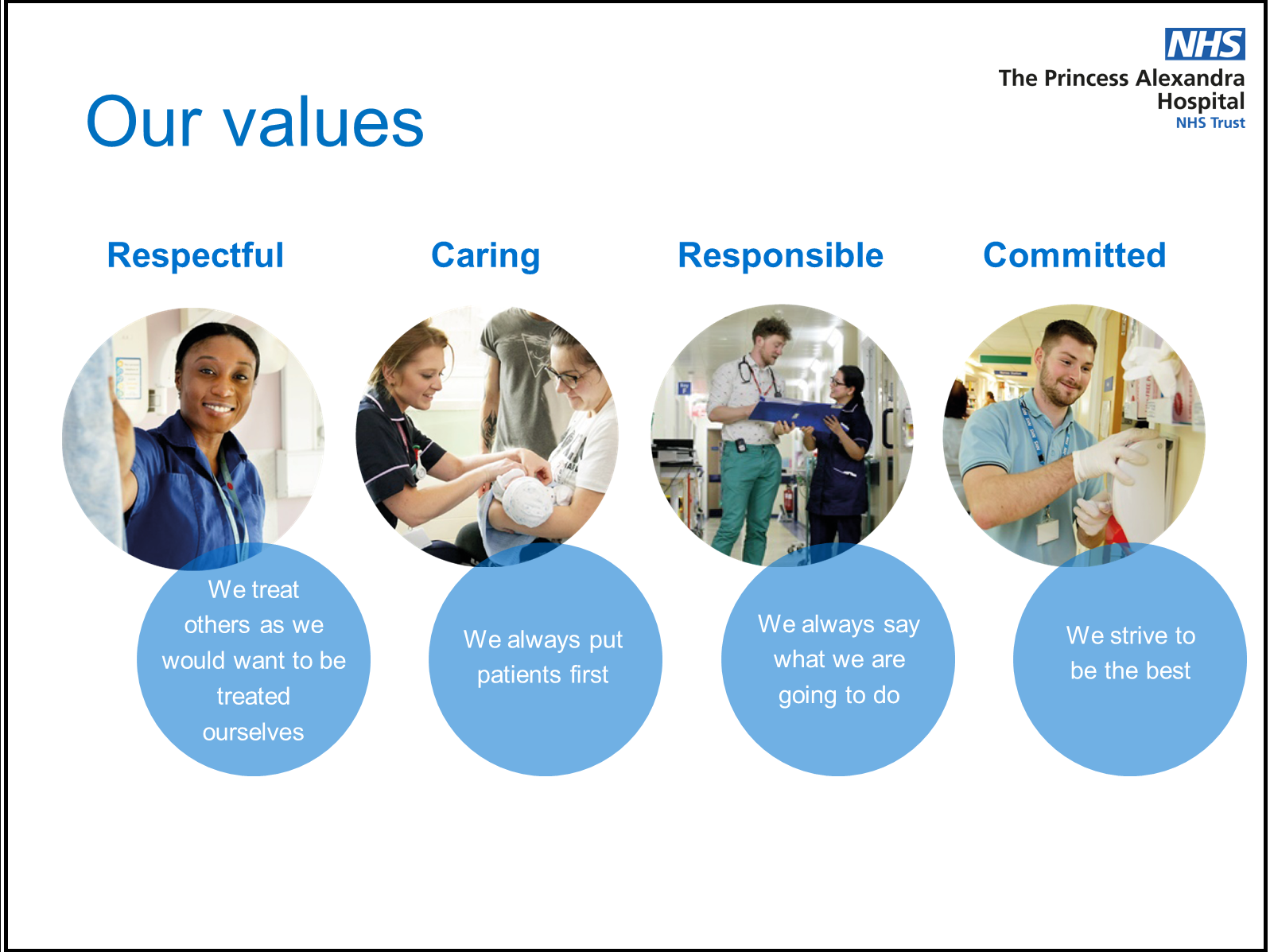 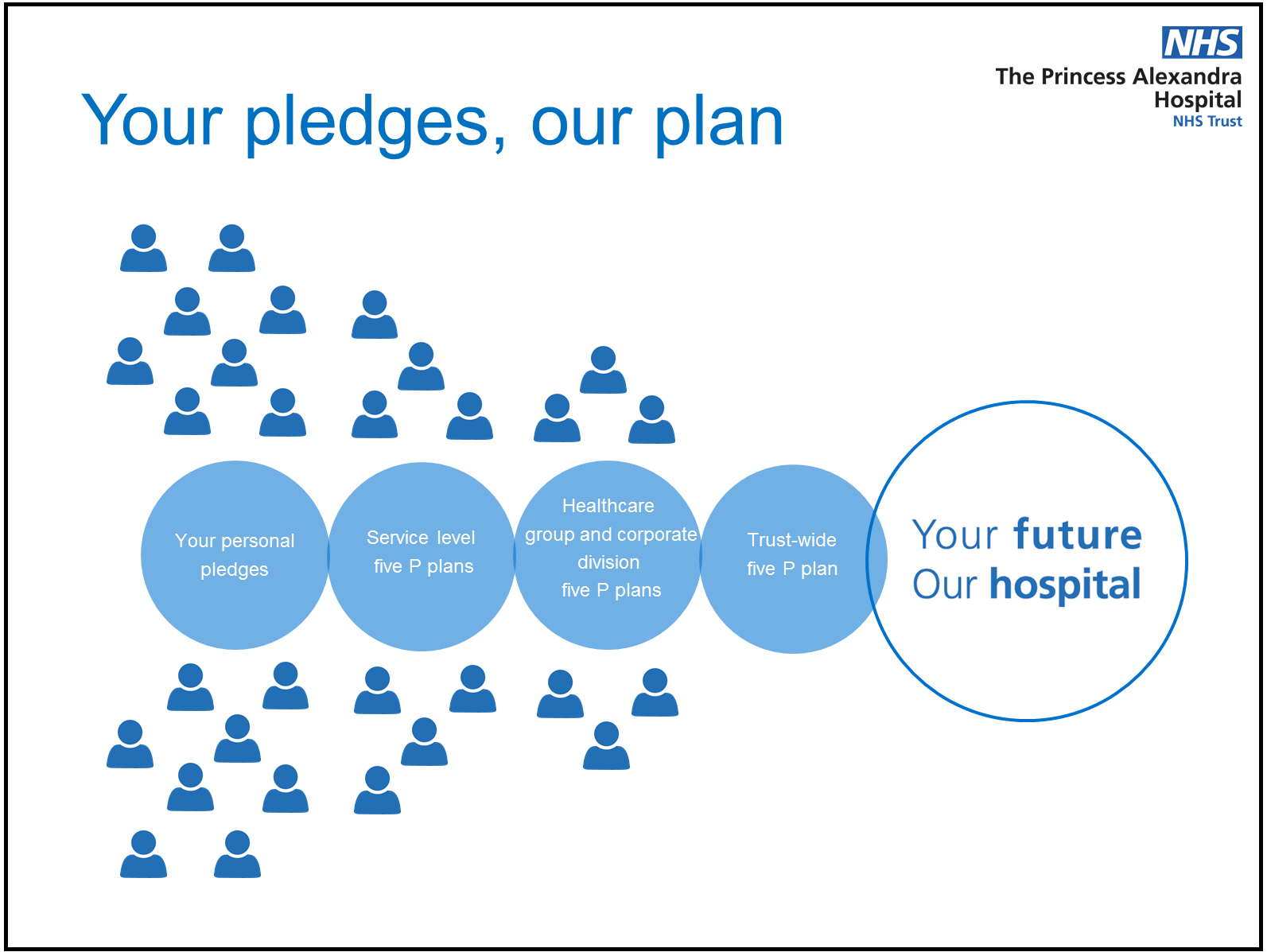